Today at 11:37am I will enter my 28th year (EDIT: meaning I've now lived 27 years, hence the 3^3), and the country in which I was born will enter its 233rd (by some definitions of a country's beginning, anyway). I've had an uneasy relationship with patriotism for much of my life, and it's not because I share my birthday with my country's, though perhaps that has made me think more about it than I might have otherwise. In some ways I'm deeply patriotic in that I agree with many of the tenets of freedom and equality on which our government is theoretically built, though I am and have long been critical of the various instantiations of our government and its role in both the lives of its citizens and in the affairs of other countries. In my mind, the best patriot is not blind to her country's problems but works to address them. Also, there is another, more concrete, aspect of patriotism that is important to me, but in lieu of explaining it myself, I'll quote a poem I remember from high school that I think expresses it well. It was originally written in Spanish, but I'll post both that version and the English translation.

I do not love my country. Its abstract splendor
is beyond my grasp.
But (although it sounds bad) I would give my life
for ten places in it, for certain people,
seaports, pinewoods, fortresses,
a run-down city, gray, grotesque,
various figures from its history
mountains
(and three or four rivers). 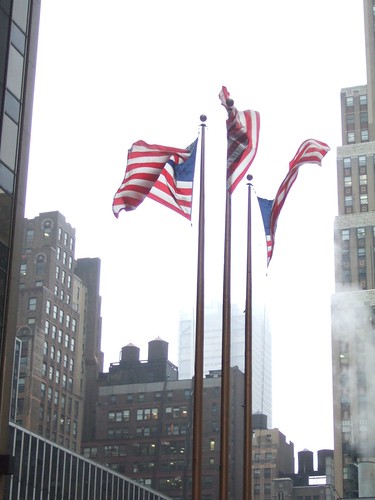